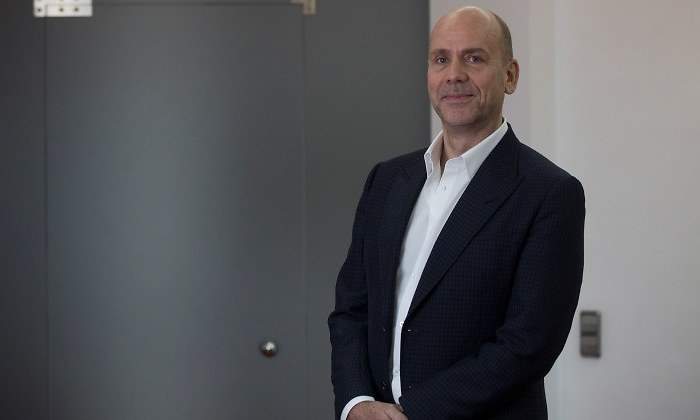 Blendhub was featured in El Economista on March 3rd. Read a translated excerpt of the interview below, or find the original article by Antonio Lorenzo in Spanish here.

Few people in the world know so much about each and every link in food production as Henrik Stamm Kristensen, founder and CEO of Blendhub. He is a visionary and an uncompromising entrepreneur, determined to revolutionise the food industry’s value chain and to make food safer, fairer and more accessible. From raw materials and basic ingredients to recipes, product importation, blending, processing, packaging, quality control, distribution, marketing and end-customer choice. From seed to mouth, there are no secrets for this Danish entrepreneur, whose most outstanding merits include his desire to turn applied technology and big data into his most precious ingredients.

In his case, it all started with seaweed.

In the old days, the ladies of Ireland would collect the seaweed that was washed up on the shore. They cooked them with the milk, which, once cooled, took on the appearance of custard. This process is due to the fact that the seaweed contains a gelling agent called carrageenan, which is completely natural. The consumer is not sufficiently well informed about where the food comes from. I discovered this in the first company I worked for in this sector, CP Kelco, between Spain, Argentina and Italy among other countries. Later I decided to take the step on my own.

That’s when he started his solo adventure

Like so many other companies we started in a garage, in Molina, in a town of Murcia, in 2002. It was good for mixing and packaging, but the big customers wanted to see a factory. We were convinced that in order to manufacture the recipe for the food industry, facilities were needed.

What did you learn from those years?

I used all my savings and asked for loans and help to set up my first factory. I spent 36 months and invested 15 million in it. But once it was up and running I understood that there had to be another way. I wanted to form a global company and offer recipes all over the world, but instead, I found a factory in Murcia, with a lot of money invested and very burdened with the future. That’s how I understood that factories could not be static.

And that’s how the idea of portable factories came about…

In 2004, I wrote a letter to Santa Claus and imagined what my dream factory would look like. And so, I came to the conclusion that it had to be portable, not static. I preferred to set up a plant that could be deployed anywhere in the world, in less than 6 months, and that was also hyper-efficient, with a super-competitive price and that could be installed in a 40-foot container. I began, with the support of CDTI, to create a full-scale prototype.

But in his case the vision became reality…

Yes, we decided to locate the first portable plant in India, close to the ingredients and raw materials. That allows us to reach the end customer and the rest of the industry in the fastest way. And we also reduced costs by 30%. The recipe may be good, but if you are not competitive it will never prosper, as the supply chain is too long. Multi-location clears up those problems for us.

Explain to me, what is multi-location?

I’ll give you an example. We can have an operational plant in India, close to the raw material and the final consumer, but with quality control in the cloud. This is how we make multi-location a reality, in order to reduce the price of products, increase the speed of the market and multiply security. We are now perfecting that model with replication.

Where do you have a presence?

We have seven plants, two in Spain, two in India, one in Mexico, one in Colombia and one in Thailand. With this model of delocalization and replication of plants, we can operate with all the guarantees in any part of the planet. This is a paradigm shift.

What are your growth prospects for the coming years?

We are now entering a phase of consolidation and acceleration of the model. We have designed a four-year Strategic Plan to multiply our network of hubs – 12 more by 2023 – and help our current and potential customers to produce better, cheaper and closer to their consumers. This year, for example, we plan the first opening in North America. In 2020, we expect to see our turnover increase by 25%, to 35 million; and by 2023, the revenue estimate is 150 million.

What are the benefits of good data management for the food business?

There are many, many possibilities offered by Big Data and Artificial Intelligence for our business. In fact, during these years we have captured an infinite amount of data on recipes, ingredients, location, logistics, customs tariffs costs… and we should think that in the end, the consumer will pay for all of this. Thanks to the technology we can monitor all the available data to make an analysis of the situation and thus know, for example, what a consumer in Vietnam may be willing to pay for a pot of rice pudding. We are able to predict all that. We can also anticipate how to optimise efficiencies in the different parts of the chain, from the raw material to the final consumer.